Bite into plump milky sweet corn on the cob. 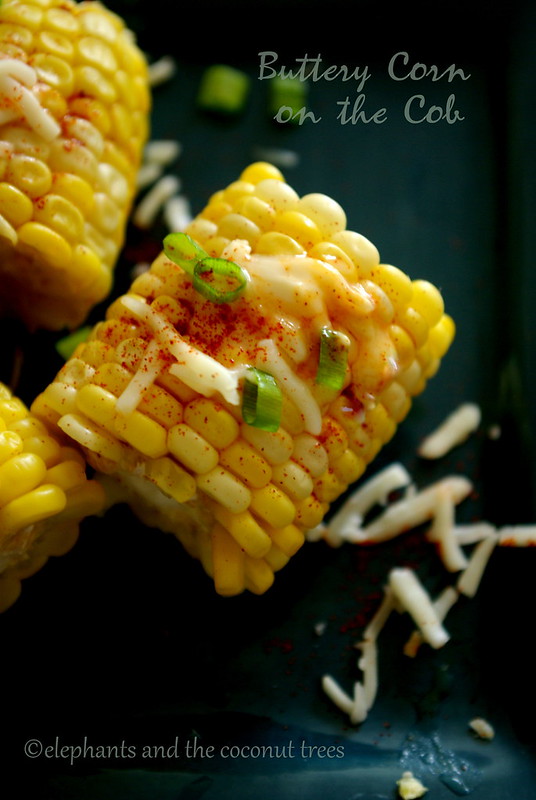 I cannot let the summer go by without mangoes, watermelon and corn. How about you? 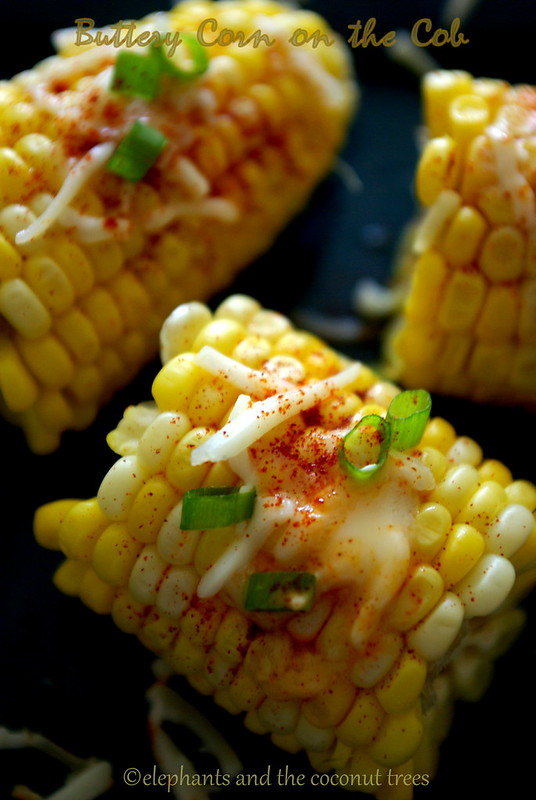 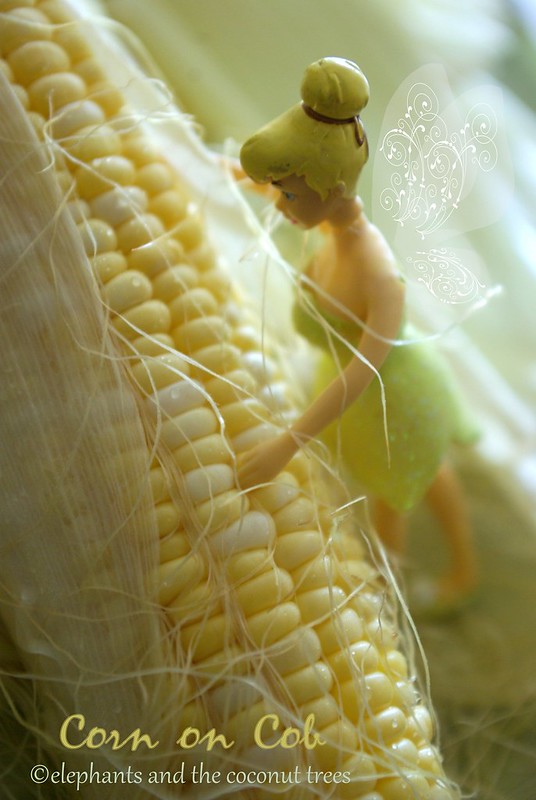 Tinkerbell has nothing to do with corn :)) but if you have seen the fairy movies you can instantly know the connection. 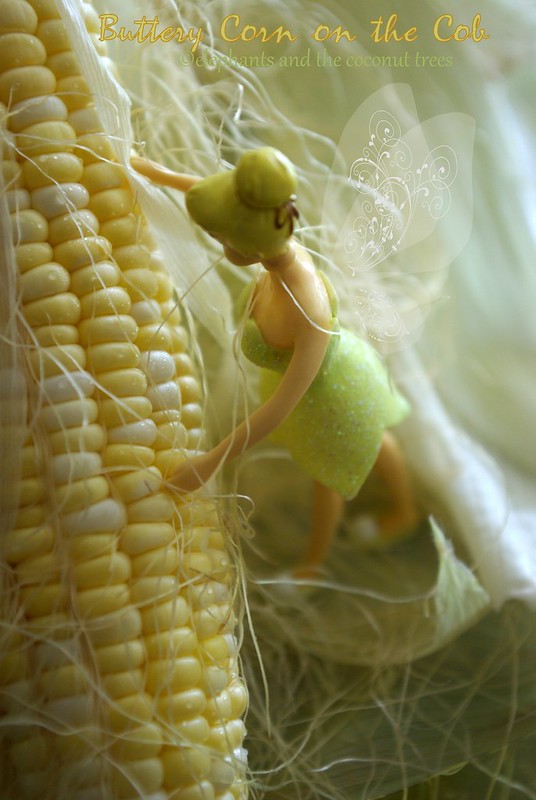 My imagination just went wild  as I was getting ready for the post and my regular readers know this is not the first time  :))
I am always awed by the beautiful & perfectly animated , make believe world of fairies where scale does not matter.. the grass, the mouse and even the shoe lace looks humongous. It is so impressive to see how the little beauties do their chores,collect pixie dust etc..I mean fairies too have to work hard.
Well can't blame me I have had an overdose of watching  Tinkerbell movies . For a long time I knew all the dialogues from it......forcefully memorized though !  Thanks to all the reruns during my daughter's summer vacation. Her dad was not spared either, when the Great fairy rescue was released, he had to endure the British accented fond way of calling Achan(Dad ) as "Father Father Father...  followed by 'Father' another 35 times"..Thank goodness there was no mother character in the movie !
She did get over Tinkerbell and  fairies but looks like her mommy will take some more time :))

I must say when it comes to corn she has gladly fallen in love with boiled corn just the way I wanted her to instead of processed popcorn.

Method:
1.Cut the corn into two. I snap it with my hands.
2. In a large pot pour enough water to cover corn pieces and boil it.When it comes to a boil add the corn pieces.Let it boil covered with lid for 4-5 minutes until the kernels are tender.
3.Remove the corn onto a paper towel then immediately transfer on to serving tray.
4.Sprinkle each piece of corn with paprika and cheese on top also spring onion rings finally top it off with a small piece of butter.

Serve immediately with lemon wedges on the side along with bbq.

Note: Select corn with slightly damp & green husk. This ensure milky sweet corn inside compared to dry and fraying husk which results in tough kernel.
Boiling for too long also results in tough corn.
While eating don't bite into a chunk instead go by the natural rows of corn by biting with your lower teeth so you can avoid  its skin getting in between your teeth. 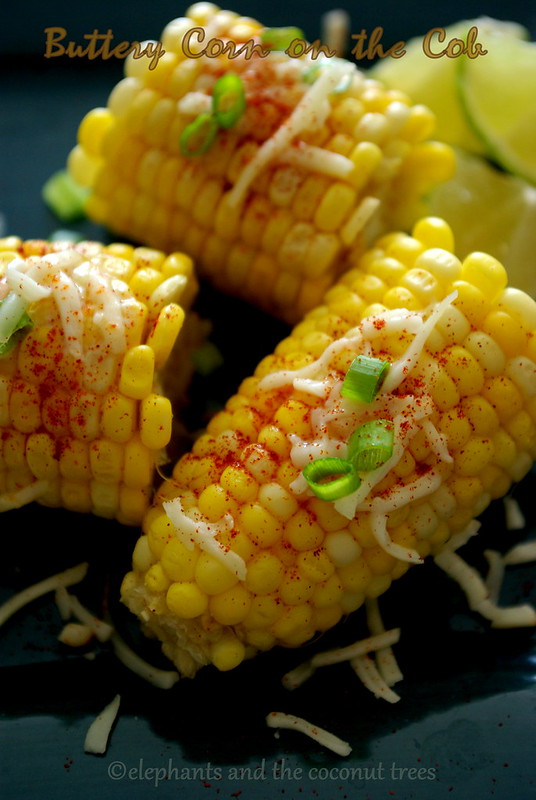 It is okay to be messy while you eat corn on the cob 🙂
Hope you Like it.
Meena