A flavorful and aromatic side dish or starter with potatoes. 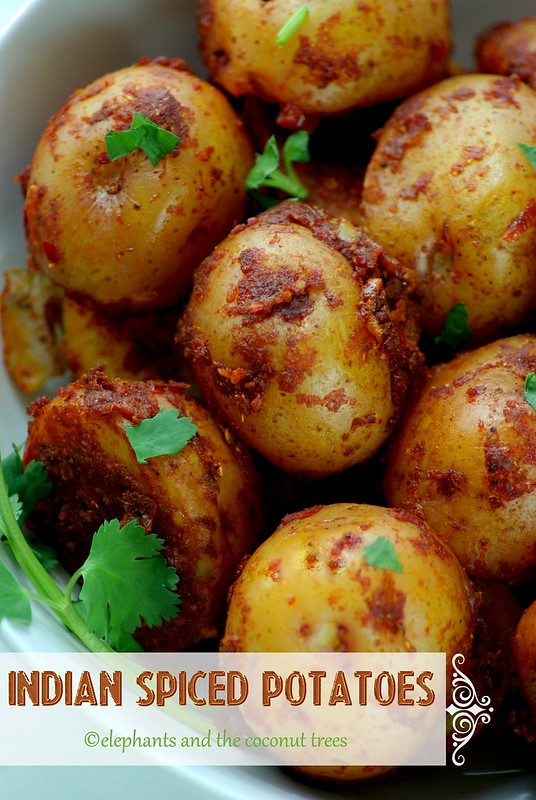 Spice has always attracted the rich and poor alike, many battles were won and lost for it since centuries. Are u fascinated by the fact that how in the ancient days merchants  conducted  long distance trade in different countries  ! How much hardships they would have undergone to protect spice from looters. Spices were regarded as currency in those days and  Indian coasts were rich in spices which attracted maritime trade from all over the world.

The spiced potatoes is a happy marriage that happened as a result of  spice trade and barter during ancient times between the Indians and Europeans.
History is full of answers on how the dishes originate. 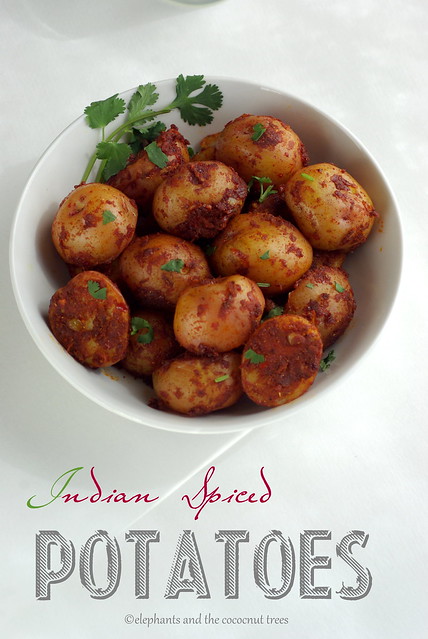 Every family has their own recipe and masala powder combinations change slightly from region to region but the basics remain the same.

The trick to get the potatoes evenly cooked is by steaming it. The masalas are diluted in water and cooked(never add spice powders to oil it will simply burn)
Ingredients:

Method:
1.In an empty pan (without any oil) dry roast the spices for 2-3 minutes in low heat. This helps the spice to release oils when powdered. When it cools down coarsely powder it in coffee grinder.
2.Put the masala powder in a small bowl  along with chili powder,turmeric powder and salt  add 1/4 cup water  mix well and keep aside.
3..Meanwhile  cleanly wash (need not peel skin) and steam the potatoes in a steamer (do not boil potatoes in water for this recipe) until a knife can be inserted effortlessly.(not  mushy) .Cut into when it cools down.
4..Crush the ginger garlic and shallots coarsely.Heat a non stick pan with just 2 tsps of oil and saute the crushed ginger mix until golden brown now add the masala paste from step 2 and stir until the raw smell of spices goes off and browns well (work on very low flame) . Add the steamed potato into this masala mixture and gently mix until all the pieces are coated in spices. Leave it for another 4-5 minutes then switch off flame.

Sprinkle chopped coriander leaves.
Serve along with  rice as a side dish. 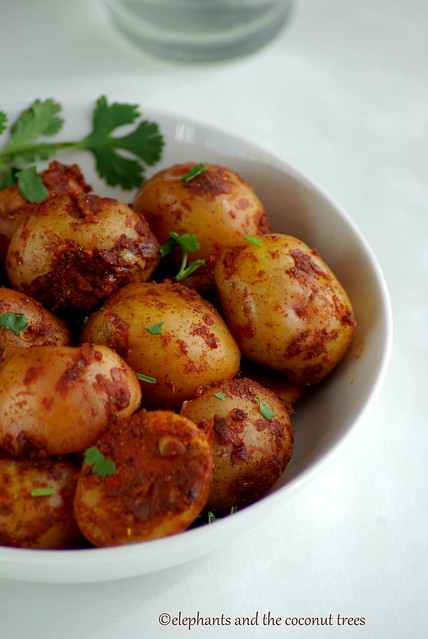